Strip Away by 513Free

This is a home movie, personal property of Len and Angie Paxton. One of my favorite Sidewalk Prophets songs from the concert last night. Fremont MI 5-11-2012 An oldie but a goodie... We have enjoyed working with this band over the years.......
Posted by Rev. Len Paxton at 8:52 AM No comments:

Discipleship Moment #7: What He Tells You To Do: Do.

†There Will Be A Day†" Jeremy Camp

Am I Called to the Pastoral Ministry?

I'm often asked, “How can I know if I am called to pastoral ministry?” Here is a very quick checklist of questions I would want to ask in any discussion about a call to the ministry.
1. Do you have a holy desire (1 Tim. 3:1)?

There is nothing wrong with wanting to be a pastor. In fact, when God calls a man, he usually implants a strong desire for the work in his heart. A holy desire for the pastoral ministry will be motivated by a passion for the glory of Christ and the salvation of precious souls. To a certain degree, every Christian should have these desires. But potential pastors should have them to an unusually high degree.
Sadly, many want to be pastors for unholy reasons: these include a love of books, an ambition to make a name for yourself, or wanting to become a Seminary professor. On that last point, I know there are exceptions, but I get quite worried when Seminary students start expressing a desire to be a teacher of pastors without having spent even a day in pastoral ministry.
2. Do you have a Christ-like character?
Do you have the fruits of the Spirit in your life (Gal. 5:22-24)? Do those who know you say that you are being conformed to the image of Christ? No one is strong in all areas of character. But if I was to give a top three of non-negotiable character traits, they would be (i) love, (ii) love, and (iii) love. Of course, holiness, integrity, patience, and wisdom are all vitally important too. But without a love-filled heart you will never be a shepherd of sheep.
3. Do you have spiritual maturity (1 Tim. 3:6)?
When young men are converted, they or others often start talking about the ministry. There are exceptions to this rule, but in general it is best that young men spend some time working as Christians “in the world” before pursuing a call to the ministry. They will develop spiritual maturity there in a way that they won't by going straight into Seminary. Even a few years of working among unconverted people has a rapid ripening effect on Christian character. It also helps to build empathy with Christians who are called to be salt and light in factories, offices, etc.
4. Do you have the necessary gifts (1 Tim. 3:1-7; Titus 1:6-9)?
One of the most useful exercises I've given in my class on the Christian ministry was to ask the students to write up a job notice based on the characteristics and gifts found in the passages above. (Maybe I'll ask some of my students for permission to post their responses in a future blog.) I noticed that one of the recurring gifts in these lists is self-control, or self discipline. This is so utterly indispensable for time-management in pastoral ministry, when we have no boss or professor to keep us on track. If you have a record of being late for work or appointments, or if you are regularly late in submitting assignments, what reason is there to think that you are suddenly going to change when you have to preach a sermon every Sunday at 9.30 am?
Another vital gift is simplicity. Are you able to preach or teach simply? I'm not talking here about “dumbing-down.” I'm talking about taking profound truths and translating them into simple, clear language (as Jesus did). Some men seem to have the opposite gift, the ability to make the simple complicated and confusing. If that's your gift, then please don't burden the church of Christ with it.
5. Proven track record
This is related to (3) above. However, I want to make this a separate point to stress the importance of having proven oneself in “less public” forms of Christian service. If a young Christian man will not teach a children's Sunday school class, or won't join the “yard clean up team,” or excuses himself from the congregation's evangelism program, then he is not fit for the ministry of the Word. If he is not faithful in the “little” things, he is not ready for the “bigger” things.
6. External confirmation
Before pursuing the ministry, or studies for the ministry, you should seek input from your local church. You should ask your pastor and elders to examine you in points 1-5 above and give you their own more objective opinion of whether you have the marks of a man called to the ministry. You should seek their prayerful and practical support in going forward. If they express doubt or disapproval, you should usually view that as the voice of God speaking through His Church. However this is not always the case but rather a general guideline.
This list is not exhaustive, but it is a useful starting point for anyone wanting to examine and test their “call” to the pastoral ministry.

Parallels in the Time of Judges and USA and A Warrior's Heart: By Len Paxton

Angie and I enjoyed our time at World Pulse Festival... Renewed old friendships and ministry relationships... here is what I said after talking with Stefan.... "I have known my friend Stefan director of Feed The Hungry for over 23 years. A great ministry.. Looking forward to doing an interview with him for radio soon.. I love these guys.. A stable ministry with great hearts and attitudes.. Feels like going home.. Back in South Bend.. A full life feels good.. Jesus fill us all to overflowing and help us reach out to others. 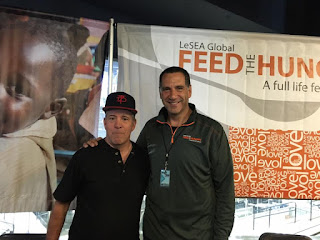 Remember the Tuesday and Thursday radio broadcasts, one will be Len and one a guest speaker, and also we will be in South Bend again on August 4 for the Third Day/ Steven Curtis Chapman concert at Christian Center then Hamilton IN for the Brian Free and Assurance event on August 5th, Aug 6th and 7th back in South Bend.. A good friend of many years has offered to let us stay in their home while we visit the area and renew many old friendships and ministry relationships as well as making new ones... Other dates are coming for Lens meetings in MI, OH, and IN... I will be posting them as they are finalized.. We are putting together a camp meeting service for the Traverse City area and I will keep you updated on that as well.. One thing Len has been preaching on a lot lately is ""the Breaker Anointing is about to be taken to the next level… Millions will be released throughout the earth ; anointed to run the anchor lap of history, souls being ushered into the Kingdom." Its a powerful time to be alive here on earth.. Thanks for taking the journey with us.. 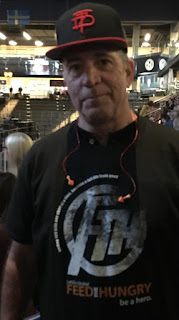 Looking back over the past 23 years of our relationship with the Ministries of LeSea brings smiles and happy memories of so many great times... Looking forward with the eye of the Spirit to the next 20 plus years..... well that brings dreams; hope is the blueprint your faith operates on.. Dreams/ hopes will be activated by faith!! There is a massive revival that will usher in millions of souls into the Kingdom Of God before Jesus returns. We need not be worried in the least.. If we have Christ in us our hope of Glory, then everything He has deposited in us will manifest if we believe.. Angie and I are really looking forward to seeing many friends in South Bend and Hamilton August 4-7..... Lets see what God is cooking up.. send me a message if you are in the area and we will hook up... 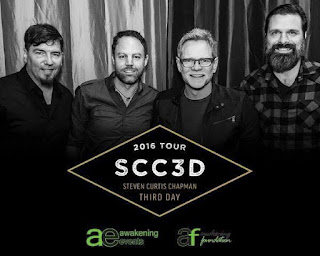 One Basis For Fellowship By Len Paxton

Only One Way to Heaven by Len Paxton

Eagerly Anticipating The Return Of Christ


Q: What wisdom can you suggest for a 20-year-old man who wonders if he’s been “called” to full-time ministry?

I’m looking for things related both to determining if one is called, as well as to preparation for ministry.
Asked by: Mike


A: Well Mike, I think it’s wonderful that you, as a 20-year-old, are beginning to think about these things.

And let me simply say that the call of God that you refer to has several elements.
First of all, it has an inward compulsion. There is something within you, if you are called to the ministry, that tells you that your destiny lies beyond other vocations, at least I felt that. But along with that, and this is very critical, it has to be confirmed by the body of Christ.
You know, there’s that old line that says that there are some people called to preach, but apparently nobody is called to listen. They simply don’t have the gifts for ministry; God didn’t cut them out for ministry, but they want to do ministry and they think that they are called. Or, perhaps, they want to do ministry because they see it as an opportunity for self-growth and self-aggrandizement. Sometimes ministers get an awful lot of attention, and so because of that, they may not be called at all, but they’re doing ministry for the attention.
So, first of all, you have to have that inward sense that God might be leading you in this direction. Secondly, it has to be confirmed by the body of Jesus Christ, and third, it has to be confirmed by His Word. Because when you get to qualifications for ministry, character is absolutely essential. And so the spiritual leaders around you will help you determine that.
But you know Mike, one of the things that I’ve discovered is that God calls people differently. Sometimes He calls them in their youth; I felt that way when I was growing up. But there are others who perhaps are 30 or 40 years old and suddenly they have this compulsion, this desire that they are called to preach, that they are called to minister. And God is very creative. He speaks to us in different ways, and in different circumstances, but the bottom line is always that there is a growing conviction and this is what we should follow.
Finally, you also ask about how you can prepare for ministry. Well there are others who can give you much better counsel than I can, but make sure you get a good education, attend a good seminary, if God is leading you in that direction. I trust that in 10 or 15 years from now, the blessing of God, the benediction and anointing of God, will be upon you.


This was a question and answer by Pastor Erwin Lutzer of Moody Church. I personally think he nailed it..
EXTRA: Every Christian IS called to serve in a body of Christ...
Posted by Rev. Len Paxton at 6:29 PM No comments: